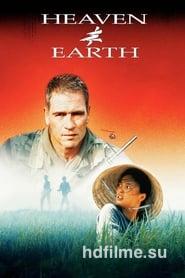 Le Ly lives in a small Vietnamese village whose serenity is shattered when war breaks out. Caught between the Viet Cong and the South Vietnamese army, the village is all but destroyed. After being both brutalized and raped, Le Ly resolves to flee. She leaves for the city, surviving desperate situations, but surviving nonetheless. Eventually she meets a U.S. Marine named Steve Butler who treats her kindly and tells her he would like to be married -- maybe to her.